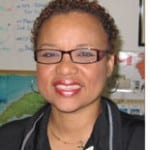 
Current Career: Public Affairs Officer, High Commission of Canada In Trinidad and Tobago - Under the general direction of the PERPA PM, I manage and implement the mission's public affairs activities in Trinidad and Tobago in the areas of Information, Academic and Cultural relations. I also advise Mission management on information objectives and act as Web Champion for the mission.

Why I think I'm living a great life: I am an independent, well-educated woman who is striving for excellence and succeeding.

How I got here: I saw an advertisement in the local newspapers and applied. I returned to Trinidad in 1991 and I worked at seven different places, including being unemployed for four months before I got the one I hold currently.

What I did when I felt unsure/lost about my career direction: After I returned home, I decided to do a one year diploma in Marketing, Public Relations and Advertising to supplement my degree. That is what allowed me to be able to confidently apply for the position I currently hold.

Thing that made the biggest difference: Being able to speak more than one language has definitely opened doors for me.

How I'm using my degree in my career: Because I work for the Canadian Government, I use French daily. Being in the Americas region of the hemisphere I am often called upon to utilize my Spanish. Additionally, one of my duties is education marketing. The fact that I attended a Canadian university is a plus because I can "sell" a product that I have already tried and tested, so to speak.

What I've learned: When I got to York and attended my first class, I was in a lecture hall with 500 people and the professor said "if you think there is going to be a job waiting for you when you leave here with your degree, think again. THERE ARE NO JOBS". What I know now is that he was saying that there is no ready-made job waiting for you. When you get out into the working world, sometimes you have to make yourself more marketable and flexible so that you create a role that suits you.